With increasing frequency, when I finish a blog post, I look back on it with amusement, then with shame, and then I realize that while my blog is supposed to be about bilingualism, what I’m learning and sharing with my audience of 4 is really a set of basic and universal principles of parenting. But I already paid a whole two years of web hosting in advance so I might as well keep writing. 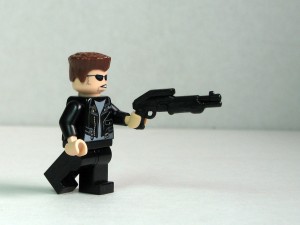 One of those basic and universal parenting principles (or facts, rather) is that, just when you think your child is on his or her way to mastering something, they throw you a curveball. You’ll be bragging to your friends about how your toddler has the sphincter and bowel control of a seasoned interstate truck driver, and how he very maturely asks to be led to a toilet like a tiny adult, only to find him weeks later falling into a pattern of suddenly becoming silent and ceasing any play activity so he can retreat into a distant corner of the room to relieve himself in his pants, and telling you, all red-faced and out of breath, that he does NOT need to go the bathroom (of course not, business has been taken care of.)

Likewise, you spend months bragging on blogs about how you have a prodigious and precocious child (all parents think that, don’t we?) and how he displays an amazing ability to discern between the two languages he’s learning and against all odds, does not mix them, only to find yourself contradicted as soon as those boastful words leave your keyboard, or your big, arrogant mouth.

Three paragraphs in, here is what I’m talking about:

Gabriel is almost 3 years old now, and his vocabulary and fluency in both Spanish and English are impressive by any standard. But he is starting to mix the languages in ways he hadn’t before. And in ways that prove quite humorous at times.

Roughly translated: “Papá, are you terminated?”

This type of error is cute and funny, but I find it significant because it takes me back to the days when I worked at a school teaching Spanish to non-native Spanish-speakers. It hints to the resourcefulness that comes from knowing enough about two languages to be able take a sentence in one language and perform a word-by-word translation of it, ending up with a new sentence in the other language that’s not always correct.

There are examples of the reverse, too (applying Spanish sentence structures to English):

Likewise, there are times when Gabriel seems to forget some basic Spanish words when speaking with me and without flinching, just uses the English word in the middle of a Spanish sentence. This happens often with the names of colors, the names of animals, and the names of common household objects.

Just to be clear, I’m not worried or discouraged in the least (the dismay expressed at the beginning of this post was pure hyperbole.) But it is fascinating to be constantly proven wrong and kept on your toes by your children. It is fascinating to see the arranging and rearranging of their young brains, evidenced in the things they do and say (or the things they stop doing or saying.) It’s a good reminder that you never have it all quite figured out. You’re never really terminated.