Like any other decent celebrity, I primarily thank my fans for giving me the energy and the encouragement to keep going. So it is to all of those fans around the world (i.e. my wife and my best friend in Colorado), that I want to offer my apologies for resting on my laurels and not keeping up with the blog. As you know, I’ve been busy raising a child and preparing for another one. 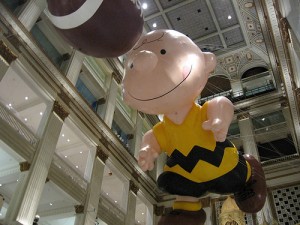 But enough about my hiatus from the limelight. Let’s catch up, shall we?

My boy keeps growing strong, smart, and handsome and continues to teach me things about myself as a man, as a father, and as a language teacher. He is now 22 months old and his vocabulary in both Spanish and English is almost conversational (at least for those of us who understand the words he mutters).

So now that the boy can utter some complete sentences and carry a back-and-forth exchange of some basic ideas, we explained to him (purely for the sake of our own amusement) the notion that he is no longer a baby but rather a “big boy”. It started with my wife telling him: “You are no longer a baby, are you? you are a big boy”. That created the perfect trifecta:

1. “Big boy” (in English) has the kind of sonority that makes a child like my boy want to say it not just once by many times. So if my wife asks him if he’s a baby, he’ll say “big-boy-big-boy-big-boy-BIG-BOY”

2. My wife was the one to introduce the game, so it seems like his little brain assigns the priority response to the English version. (i.e. if I ask him if he’s a baby in Spanish, his first impulse is to say “big boy” in English)

3. Spanish for all its sexiness and musical cadence is a heck of a lot more verbose than English, so even though my boy knows that “niño grande” is what he should be replying to his papá, it just seems like a big hassle and after all, why the heck did you move to America then, old man?

If you’re a returning reader, you may find a parallel between this post and my post about “eh-plames“.  It is interesting to me to realize that the predicament of how to enforce acquisition and usage of both English and Spanish in a balanced way is going to require a sustained effort and may even require sending the boy to the old country for a couple of summers later on, when he is a “bigger boy”.