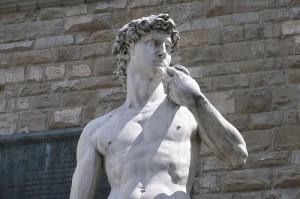 We have been trying for months to potty train our boy Gabriel but it’s been a slow go and though we’re not in any particular rush, we’re trying everything we can to make the experience, if nothing else, not a completely traumatic one.

The other day, it occurred to me that if I sit in the adult potty (i.e. toilet, for those readers over 5) as we’re having him practice going in his potty chair, my boy might feel more encouragement to follow suit. And being the compulsively honest person that I am, I felt like I should exemplify an experience as close as reasonably possible to the real thing, so I took my pants off before I sat in the toilet.

And what else could I expect but to have my boy catch a split-second glimpse of my pantless self and ask me- “¿Qué es ESO?” (“what is THAT?”). And thus I found myself unexpectedly dealing with the “body parts” chat, for which my compulsive honesty comes in handy. I nonchalantly explained to my boy that what I had was the same as what he had because we’re both boys, and for the remainder of the day, that new-found piece of data had the boy running around the house, announcing how both he and papá had penises. That’s the endearing and amusing part.

The embarrassing part is that the next day, my wife’s parents came over to visit, and as we’re all sitting down in the living room, Gabriel came up to my chair and asked me: “¿Papá, dónde está tu pene?” (“Papá, where is your penis?”). That was an important test to my compulsive honesty because faced with such a question in front of visitors, my subconscious mind betrayed me and I started to smirk and giggle and felt a wave of heat rush to my face. But I came through and answered him that my penis was inside my pants, which seemed to thoroughly satisfy his curiosity.

Now, in a different family, where everyone speaks the same language and partakes of a conversation in real-time, everyone gets an immediate chuckle out of this kind of display of candidness, and moves on. But because my son had asked me the question in Spanish and my in-laws don’t speak it, I had only a few seconds to regain my composure until I had to retell the entire interaction for them, in English. So I literally had to tell my in-laws that my penis was in my pants.

I could have very well made up some lie to steer the conversation away from my crotch area, but my in-laws are very cool and we have a great relationship, so we all laughed again. And the interaction made apparent yet another benefit of bilingualism — that if your kids ever utter embarrassing words in public, it is much more likely that you can keep it all “private”.