Heard about the recent US State Department apology to Guatemala for medical experiments done on their people in the 1940’s? Good, because such sordid topics are beyond the scope of this goofy blog. 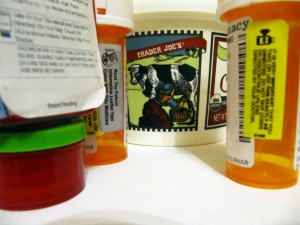 A while ago I wrote about the rarely comical, rarely cute practice in the English-speaking world to invent Spanish words by taking English words and adding an “o” at the end of them.

Because we’re talking about my boy Gabriel here, I will deem the following trivial anecdote an example of a super advanced and actually cute variation on that practice (adding an “a” at the end to create the feminine version of a noun):

Gabriel was intrigued by the picture on the tub of sour cream we had on the table, showing a woman milking a cow . You could see his young eyeballs looking up, in the direction of the brain lobe in charge of making stuff up (“a boy is a ‘farmer’…but what about a girl farmer?…”), and he informs my wife: