How odd that every year around this time, each of my two boys becomes one year older. 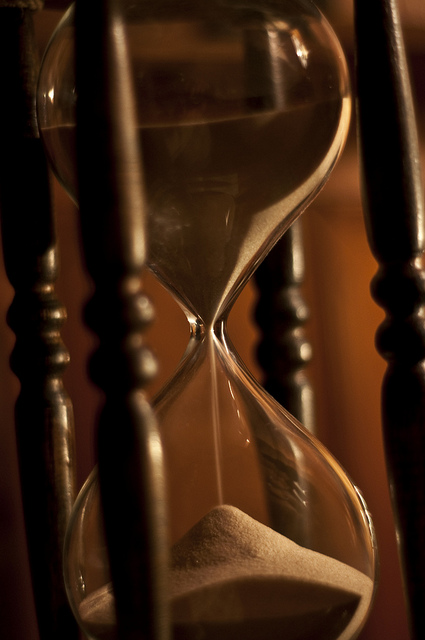 Ever since Pope Gregory XIII (whose name was actually “Steve”, or something like that) decided to go ahead and proclaim: “Guys, this is the year 1582 and that’s all that there is to it,” we thirty-something parents live to lament the dizzying pace at which the years fly by.

When my first son was born, I ceremoniously took a blank journal that a dear friend had given me years earlier and resolved to use it as a “daddy journal” where I would record, in Spanish, my reflections about our growing together as a family; a journal that in the future I could leave to my boys as a relic that would help them paint a rich picture of their childhood. Six years later, I’ve amassed a body of  daddy journaling that totals about five, heartfelt and well intentioned entries.  The remaining details about our history as a family will have to be cobbled together from Facebook updates, Instagram photos, Vines, photos and videos scattered throughout computers and external hard drives, and surveillance data collected by the NSA.

There are a few justifications (of varying validity) for my subpar record-keeping: our busy lives, mental exhaustion, trying to learn how to swim at 36, self-consciousness and self-doubt (will anybody really care about this?), Game of Thrones, Breaking Bad, etc. Dwelling on my failure to follow through with this ambitious plan of constant self-evaluation just adds to the temptation to shut off my brain and binge-watch a couple of seasons of 30 Rock.

But when I think about what I have been doing when I’m not at work or spread out on the couch late at night, the glow of the TV causing the drool flowing out of my mouth to glisten with beautiful color, I realize that I have been, more or less, present and engaged. I tell myself that much of the exhaustion comes from my concerted effort to always look at my boys in the eye and listen intently when they speak about things that are at once beautiful, funny, dumb, fascinating, trivial, boring, repetitive, but much of the time, music to my ears. I acknowledge that I have put in five-plus years of disciplined work and focus on establishing a strong bond with my boys that, by choice and by necessity, has to go beyond the typical father-son bond to include a “different” culture and language. So while I might not have journal after journal of vivid detail about family anecdotes and milestones, I have two boys whose young brains are hardwired to regard and address their father in Spanish and who show no resistance to continuing to immerse themselves deeper in the language and the culture, because they see it as their culture.

On this rare occasion in August, the month of my boys’ birthdays (and mine, but who even remembers that), as I make time to type in a few notes on this withering blog, I reassure myself that I am doing ok, first as a parent, and second, as a bilingual parent, at being present: Son, I am present as you’re telling me about what you ate for snack at school and occasionally find yourself at a loss for a word in Spanish, I am present when I tell you about my own day, I am present when we play our silly super hero games in the park, I am present as I yell at you for not picking up your toys, I am present as I scold you for hitting your brother, I am present as I bathe you and your brother in each other’s filth while I drink a beer (a guy has to get through all this presentness somehow), I am present as the hours fly by and all we’ve done is read and play and dance, and make up stories, all of which happen to be the most important things in the world for us to do. When we do this, the language is only incidental – what we’re doing is really living in the moment.

The other day as I was driving the boys home from school, my son Gabriel asked me how many languages there are in the world. “There are thousands and thousands,” I said. “Some are spoken by millions of people and others only by a few hundred.”

“I want to learn all the languages in the world,” he said.

It crossed my mind to tell him that it would be impossible for a person to learn them all. But instead, I just said: “That sounds great to me, Gordito.”