Do the Cohen brothers ever fight? Did Owen and Luke Wilson ever get into a scuffle on the set of Bottle Rocket or The Royal Tenenbaums? Has a Jonas Brother ever clawed at another Jonas Brother’s gorgeous face? I mean, we’re talking male, human primates here, with testosterone pumping into their veins and stupidity chromosomes weaved into their cells. Heck, didn’t Jesus himself go apeshit once on a bunch of money-changer jerks at a temple in Jerusalem? 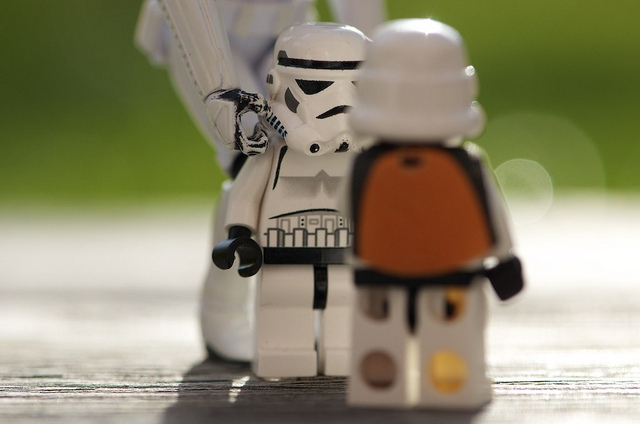 The two little male human primates that life has blessed me and entrusted me with are just as prone to bouts of irrational male physicality (i.e. fist-based conflict resolution) as any other great male human primate that’s ever existed. As a 37 year-old boy, I understand this, but the pacifistic, touchy-feely, gentle side of me is having a difficult time finding the line between normal (and even healthy) brotherly aggression and poor conflict resolution. And as the boys get older and parental “discipline” calls for more complex and serious discussions, the linguistic challenges of a “one person one language” bilingual home become greater.

Whereas before I was able to diffuse a scuffle by yelling threats from the office while my boys played (and bickered)  in the living room, now I receive detailed verbal depositions from teachers at the daycare the boys have been going to this summer, describing scenes of two Colombian-American boys quietly but forcibly trying to pin each other down and put fingernails to facial skin in the privacy of the secluded and colorfully padded baby area.

I had rung the bell at daycare filled with excitement and anticipation of a fun evening with my boys and ended up taking them instead for a dreadful and quiet drive-of-shame back home, catching glances of bruised and scratched pouty faces in the rearview mirror.

The next step would be to pour cold water on Mama’s warm enthusiasm at home when she opened the door to greet us: I muttered to her that the events of the day called for us to start a new tradition and have us our first “family meeting.”

When Mama announced that before we could touch even a minuscule crumb of the dinner she had made for us, we needed to first have a family meeting, my younger son Sam asked with naive delight: “Who else is coming!?

The meeting is where things got surprisingly weird for me. Since I had already scolded and preached to the boys in the car, I let my wife take the lead in the conversation. For emphasis and support,  I flashed stern looks at both the boys sporadically, but for the most part, I was quiet. My wife and I have virtually identical parenting philosophies and great trust in each other, so I hadn’t felt compelled to interject. But as the conversation was drawing to a close and people were getting ready to write down action items, check Outlook calendars for follow up meetings, and email each other meeting minutes, it became obvious that we needed a strong closing and that I should probably be the one to deliver it. I found myself almost paralized: Do I just come up with some grave set of consequences and sentence the boys to solitary confinement with no Legos for an indefinite amount of time (in violation of the Geneva Convention)? Do I blather on about the value of speaking your mind, walking away, or asking an adult for help before going feline on another person’s chubby cheeks? How do I naturally bring this important first meeting to a close without betraying my Spanish-only relationship with the boys but also without leaving my wife out of the loop, since her understanding of Spanish is limited? Do I say everything and then translate for her? That would be like Jerry Seinfeld closing a great show and then taking five minutes to explain all the jokes. I pictured my wife as an American President at Camp David trying to broker peace between the Palestinian Authority and the Israeli prime minister and at the end of the meeting everybody starts yelling in Arabic and Hebrew. Not ideal.

In the end, I closed with a very brief and subdued wrap up where I laid out some quick, Lego deprivation-based consequences, all of which I pantomimed as much as possible so my wife would know what I was saying, as I was saying it. It all worked out okay.

The “one parent one language method” has worked wonderfully for us most of the time, as the most serious conversations we’ve had to have as a family are about love, rainbows, unicorns, cotton candy, going potty, brushing teeth, or digging for boogers in the bathroom only. But, as is my tendency, the otherwise insignificant scuffle the boys had this week, and the first family meeting we had in order to address it, are making me leap to future family meetings about cars crashed into fences, pot smoking, dating non-superior-IQ supermodels, dropping out of college, or voting for terrible people in local, state, and federal elections.

Are there books about bilingual upbringing beyond the first ten or fifteen years of a kid’s life? Or will I have to be the one to write it as I go? Whatever the answer, I intend to send the boys and my wife an Outlook invite for a family meeting soon to discuss non-disciplinary issues, and set an agenda with happier topics to cleanse the palette and get my whole linguistic anxiety under control.