Being bilingual is a huge privilege and a tremendous advantage, but it’s also quite a burden. A few months ago, I wrote about how being a juvenile parent secures a wealth of fun for said juvenile parent (i.e. me.) But with bilingualism, you have to deal with people in your vicinity and their individual feelings about not knowing what you’re saying (especially if you’re constantly pointing at them and giggling). 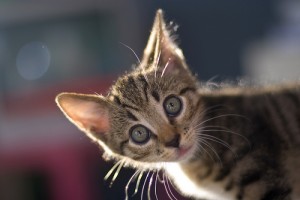 What I never accounted for, however, was for a word in your native language sounding like another (less family-friendly) word in your second language

Recently, my son Gabriel and I were at his grandfather’s house, where the family had gathered as they often do. I was in the process of asking my son in Spanish to put the toys away just like his little cousins around us were already doing. At some point in the conversation, my son protested and told me in Spanish that he had already “put the cars in the box”, but he incorrectly conjugated the verb “poner” (to put) and said:

A very common mistake — If “poner” were a regular verb, his conjugation would have been correct, but alas, the verb is irregular, so the past tense first person form is “puse.”

I proceeded to playfully correct my son by repeating emphatically:

At that point, I heard my brother-in-law jokingly calling from the other side of the room: “Hey, hey, watch the language!”

If you don’t know or if your mind is not as twisted as mine or my brother-in-law’s, you probably haven’t figured out that the Spanish word “puse” is pronounced “poo-seh.”

So I imagine that, after my brother-in-law left the room with his kids in search for a set of earplugs, he probably told them that Tío Rubén and cousin Gabriel were talking about kittens.