“By three methods we may learn wisdom: First, by reflection, which is noblest; Second, by imitation, which is easiest; and third by experience, which is the bitterest.” —  Confucius 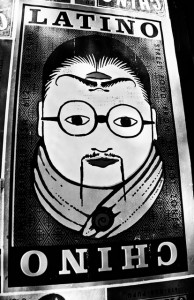 For the four and a half years my beautiful bride and I have been parents, I’ve been following the tacit plan that our children will go to a Spanish immersion school. As a non-stereotypical male who’s not, however, free of a few stereotypically male traits, my modus operandi when it comes to big decisions about our household has been to turn off most electronics devices during important conversations, state my agreement (blink once), disagreement (blink twice), or neutrality (close my eyes / doze off) about the ideas being discussed, and let the wife do the hard work. And hope that a $12 bouquet of flowers every 3.25 weeks makes up for it.

So while my proactive and responsible wife was busy researching all educational options for our children and refining the logistics of our every weekday for the next 7.5 years, I was resting on my laurels, assuming that the invisible hand of the market would somehow take care of things and turn my boys into the 21st century’s Wright Brothers.

Until one night a couple of months ago, when my wife posed to me with a mixture of excitement and trepidation:

“What about Chinese Immersion?”

There I was, a champion of multilingual and multicultural upbringing, a promoter of diversity, open mindedness, and understanding among all of God’s children, feeling like I was about to wet my trousers in fear of the prospect of raising children who would be educated in a language I know nothing about.

Once I overcame my initial shock, and  began to realize that my wife wasn’t just trying to consider all options but was, in fact, quite serious, I opened up, if only a little bit. It took me weeks of self-evaluation, reflection, and meditation, and 17 minutes of Googling, to learn that:

Mostly, it hit me like a ton of wonton that for the first time, I was coming close to understanding how my patient and loving wife must have felt for the past four years, living in a bilingual household where she doesn’t fully understand the other language that’s being spoken. So we decided to pursue enrollment in the local Chinese immersion school.

The tour of the school was both impressive and intimidating. During a demonstration of a classroom experience that lasted about 20 minutes, I watched my son Gabriel sit patiently with flushed cheeks and a mystified look on his face as the teacher vigorously pointed at a card she was holding up, depicting a yellow chicken, and speaking words none of us had heard before or could correctly pronounce.

A couple of weeks after the tour, we submitted our names to be added to the very long waiting list of parents anxious to enroll their children in this highly-regarded Chinese immersion school, only to find out another couple of weeks later that our boy might be able to enroll only if the 30-some people ahead of us on the list suddenly developed an inexplicable aversion to all things Asian.

At the end of this process, we feel good about having given it a try and about having gone through the mental and emotional exercise of imagining our boys and even our entire family, pushing ourselves beyond our comfort zone and preparing to exemplify the openness and love of learning and culture that we so often and passionately profess.

Circumstances and opportunities upped the ante and we called its bluff. And I got off easy.

As for what our plans are now – stay tuned. It’s a long story, I’m tired, and my California-designed, China-assembled iPhone says that I finally got a Tweet from a real person.