Referring to the inherent difficulty of managing multiple languages in your brain:

“But this interference, researchers are finding out, isn’t so much a handicap as a blessing in disguise. It forces the brain to resolve internal conflict, giving the mind a workout that strengthens its cognitive muscles.“ – ‘Why Bilinguals are Smarter‘, The New York Times, March 18, 2012. 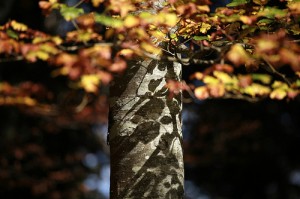 Had I known about the whole “brain resolving internal conflict” part earlier, I would have started learning a third language years ago and saved hundreds of dollars in copays to my therapist (damn you, Dr. Carlson!). But let’s not go dark so quickly into the post.

Many fellow writers in the bilingual upbringing blogosphere have written thoughtfully and eloquently about this and other articles that ratify the notion that being bilingual is nothing but good. The benefits range from enhanced analytical and mathematical thinking, wiring of the brain that delays the onset of dementia and Alzheimers, to the comedic value of sounding like Ricky Ricardo when you’re yelling at your mama on the phone. I wouldn’t be surprised if they find out next week that being bilingual is equivalent to eating five servings of raw blueberries and kale for breakfast.

Obviously I appreciate the value of such reputable, visible, and constant validation for something that’s such a part of who I am and of who we are, as a family. After thirty-five years of struggle, I’m finally cool.

But the real validation I get is when my boys wow me — from a purely scientific point of view when I see them negotiate the differences and similarities between the two languages; as a parent when their intelligence confirms that they are the best thing to happen to mankind since Plato and Aristotle.

The other day, as Gabriel and I walked to the house from the car, he told me (in Spanish):

“Papá, a ‘trunk’ is this part of a tree, but it’s also the part of the car that you put stuff into. But in Spanish, the tree part is ‘tronco’ and the car part is ‘baúl’”

I was so proud and impressed I blacked out for about thirty seconds and as I regained consciousness in time to stop my wife from dialing the paramedics, I told my boy: “That is quite the perspicacious observation, there, Junior”

So there it is – The deconstruction of the language as a system. The same skill I hope will come handy to my boys when learning reading, writing, math, geometry, physics, the deciphering of the codified female language.

And once again, I relive through my children my own past fascination, as a young second-language learner, with the seemingly whimsical (though in reality very meaningful) way in which different languages seem to have or lack terms for certain words. I recall the arguments I would get into with non-Spanish-speaking co-workers trying to explain why it makes sense to have the terms “dedos” (fingers), and “dedos de los pies” (fingers of the feet, a.k.a. ‘toes’), or what a huge diservice it is to the English language to lack a single punchy word for “stinky feet” when the very enunciation of the word “pecueca” can trigger a person’s olfactory nerve endings even if they don’t know what the word means.

It doesn’t surprise me that the learning of language, the coming together of people to understand and appreciate one another, makes us smarter. Because knowing, appreciating, and understanding one another, is smart. And cheesy. And good.