I’m an optimist by nature and the medications I’m taking only enhance that virtue. People who know me understand that behind my wry, deadpan sense of humor and my unperturbed, stony face beats a heart made of marshmallow that expects from life nothing short of rainbows and clouds made of cotton candy. So I harbor the hope that my kids will love their Colombian culture so truly and deeply that they will make an effort to make Spanish a constant part of their lives. 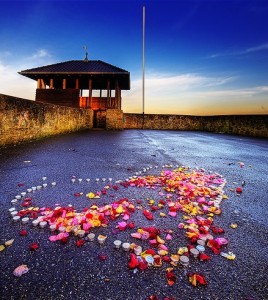 But I’m almost 34 years old and having my mushy marshmallow heart torn apart or set ablaze in a bonfire time after time has added a healthy dose of harsh realism to my worldview. That’s why I’ve been mentally and emotionally preparing for the day when my boys will give me the much dreaded:

“NO MÁS, Old Man. We’re going English only. It’s not you, it’s us, and what we’re going through. But you’re a great guy and we’re sure there is a nice kid out there who will give you the Spanish chatter that you deserve.”

I just didn’t think that day would come so soon.

A month or so ago, I was subjecting my son Gabriel to the usual cheap psychological reverse engineering tricks that I believe give me a logical map of his beautiful mind:

– “Gabriel, what language do you speak with Papá?”

– “And what language do you speak with Mamá?”

(And here is where I naively doubled-down…)

– “And what language will you speak with your baby brother Samuel?”

– “You’re not going to speak Spanish with Samuel?”

That ended the conversation very coldly. How can you argue with that? The boy doesn’t want to speak Spanish to his baby brother, and that’s that.

But c’mon! He’s not even 3 years old yet! In the next 15 years he’ll probably go from wanting to be an ice skater to wanting to be a firefighter to a stockbroker to a freelance journalist for People Magazine until he finally settles for being the lead singer in a popular, non-derivative garage rock band. The optimist in me kicks back in and acknowledges that I can’t take too much stock in the findings of my cheap psychological trick applied to a 2 year-old boy.

Fast-forward a week or so and what do we have? The realization of every bilingual-parent-turned-desperately-insecure-blogger’s dream: When Gabriel is in the room with Papá and Samuel, Gabriel addresses Samuel in Spanish. When it’s Mamá instead of Papá in the room, Gabriel addresses his baby brother in English. And when both parents are in the room, he switches back and forth depending on the language of the dominant conversation that’s taking place.

The moral of this convoluted fable of heartbreak? Just like with any other aspect of parenting, all you can do is take it easy and stir the ship in the direction you charted for your crew. The tide might take you off course every now and then, but love, optimism, and focus will shift things back to that rightful place of rainbows and sweet skies. Or not, but most likely, yes.